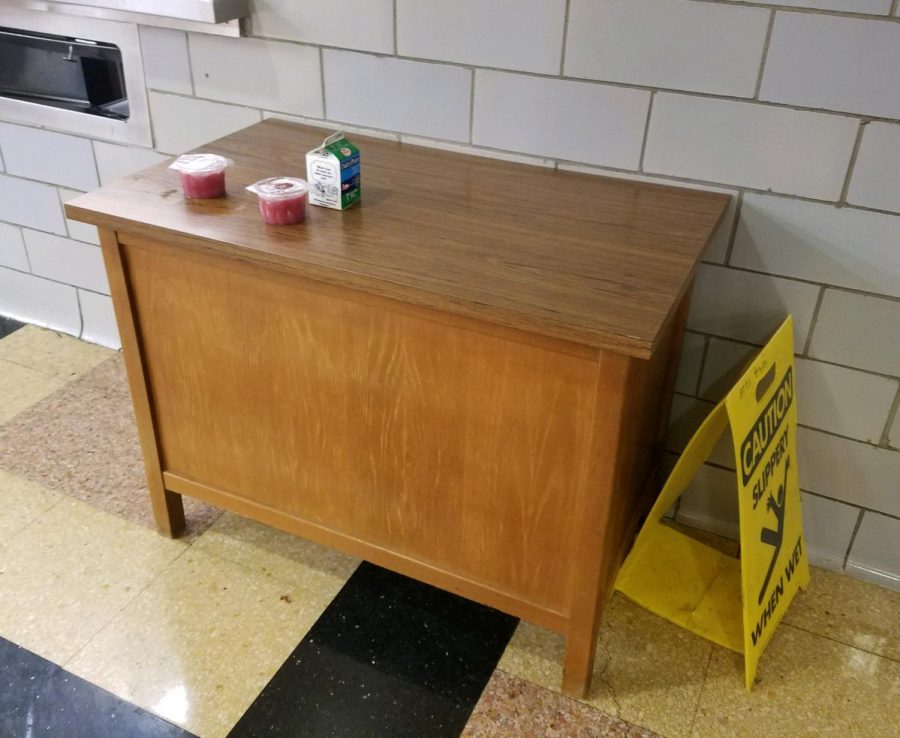 Hungry students are now able to take free food provided by fellow students. The first implementation of Rachel’s Challenge was creating the “Share Table” allowing students with extra food to give students who are hungry food.

On April 20, 1999, thirteen people were killed in the Columbine High School shooting. Rachel Scott was not only one of the thirteen killed, but the first. After her tragic death Scott’s family found six diaries she had written. At age seventeen she wrote about ways to make her school a better place and how to impact people with kindness. When Rachel was thirteen, she drew an outline of her hands and wrote in them “These hands belong to Rachel Joy Scott and will someday touch millions of people’s hearts.” Now Rachel has touched millions of people through her legacy in Rachel’s Challenge. One and a half million people are apart of Rachel’s Challenge, including twelve hundred schools and businesses. One of schools is now Big Spring Middle School.

After several other Central Pennsylvania schools became a part of Rachel’s Challenge, Clarissa Nace, principal of the Big Spring Middle School, decided to bring it to Big Spring. “I brought it to the middle school to help with growing a positive, learning culture with our building and incorporating random acts of kindness.” Nace said. The middle school has created a club of volunteers named “Friends of Rachel” to bring Rachel’s message to their school. The club’s goal it to promote kindness and helping others both within the school and the community.

Malia Ocker, a sixth grader at the Big Spring Middle School is ecstatic about Rachel’s Challenge. “I think it’s [Rachel’s Challenge] good because some people get bullied and feel like they have to be someone they’re not and some people need to learn that some people can’t change the things they were born with.” She also added that because of Rachel’s Challenge a “Share Table” has been added to the middle school. “It’s for when students have extra food or they do not want it they will put it on the table for other students who are hungry.”

Rachel’s challenge has decreased bullying and violence, increased community service and acts of kindness, and averted over one hundred and fifty suicides. Scott once said, “Tomorrow is not a promise, but a chance.” and the Big Spring Middle School is taking full advantage of the chance by creating a more positive environment for the school.

For more information on Rachel Scott and Rachel’s Challenge, go to the website at https://rachelschallenge.org/.