Courts are a thing of the past 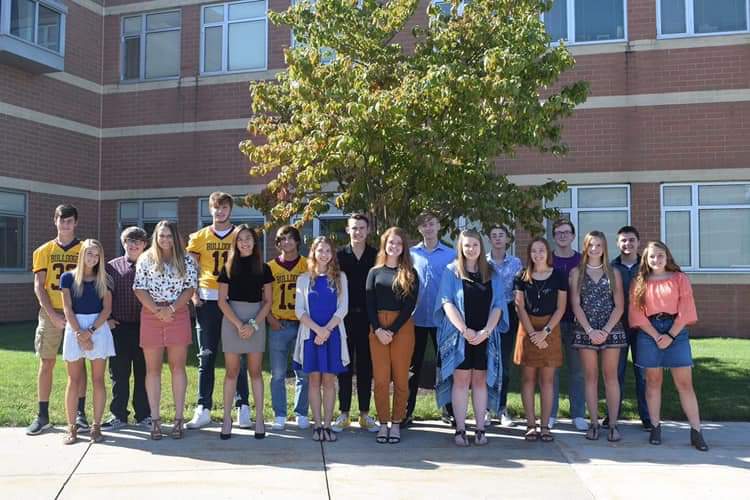 The 2019 Homecoming court poses for a picture right outside of the high school. This years homecoming King and Queen were Gavin Pritchard and Regan Donato.

Homecoming courts have been a high school tradition for over 100 years, where once a year students choose a certain number of students to represent their grades, but these members are usually not chosen for the right reasons. Representatives are often chosen as a joke, because they are the most popular, or just simply because they’re the prettiest, but that’s not what homecoming should be about. Homecoming is about celebrating alumni coming back to school events and the seniors final year. Instead it revolves around popularity and looks. High school is a time of finding oneself  and trying new things. Teenagers are supposed to live life and have fun, but they can’t. There is so much pressure to be perfect in today’s society and have to most friends or followers. Homecoming courts do not help the already existing social ladder or the divide in students. Homecoming courts allow students to separate their peers into popular and unpopular groups by giving them such freedom in court decisions.

High schools should keep the traditions of homecoming courts, however they should be redirected in a more welcoming and inclusive way. Students should still be allowed to vote for the nominees, but the nominees should want to be on the court and have a certain GPA or grade average to be able to participate. Before the nominees are officially chosen, they should all be asked if they actually want to participate. This minimizes the number of representatives selected as a joke. There will then be voting to choose the representative for each grade out of the ones that want to participate. As usual the seniors with have more than the underclassmen. It doesn’t matter what gender the nominees are. The one chosen will be the final court; there will be no king or queen selected. By doing this, it allows everyone to be included and cuts out the major popularity contest.

Changing the way Homecoming court representatives are chosen also reduces bullying, joke nominations, and stereotypical gender roles. Students being nominated as a joke not only ruins the fun for the court, it hurts someone personally. Making fun of someone or nominating them sarcastically tears their self-esteem and is bullying.  Also getting rid of gender roles allows the court process to run better. If more girls want to participate then guy then so be it. In today’s society gender roles are fading. Many high schools have gotten rid of stereotypical 5 girls and 5 guys being on the court, where more girls have wanted to participate than guys and the courts were made up of more one than the other.

In conclusion, Homecoming courts should not be gotten rid of, but changed for the  better, while considering today’s society. Cutting out chances of bullying, popularity contests, and gender roles allows a more inclusive experience for everyone chosen to be on the court.  Making improvements makes for a more positive and kind view on the homecoming court, and allows the tradition to stay alive while conforming to today’s teens and their experiences.