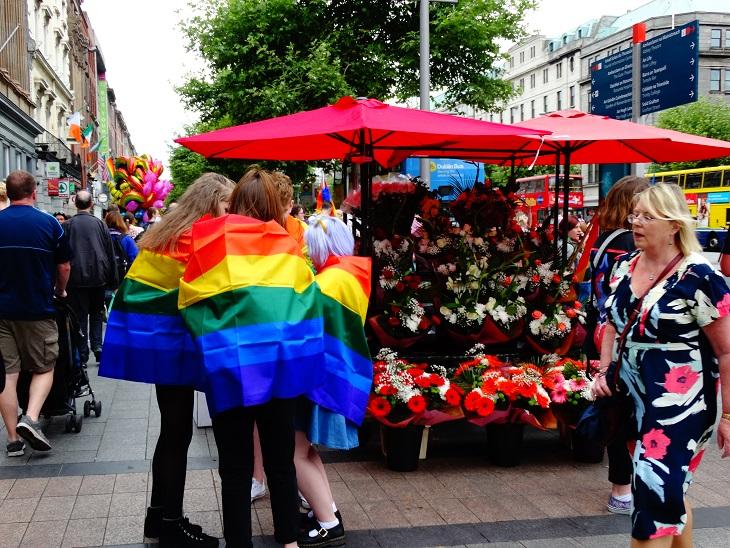 June 26, the US Supreme Court ruled that all same sex couples could get married in all fifty states, making same sex marriage legal in the remaining fourteen states that had not already made it legal. The United States is the twenty first country to legalize it nationwide.

Advisor of the Big Spring GSA club,  Rebecca Herendeen, said, “I have been interested in equal rights and politics since I was a young adult, and heard of the DOMA (Defence Of Marriage Act) in the mid 1990’s.” She did confirm that even though she couldn’t remember how she heard about the legalization this summer, she was very happy about it. Regarding how it will impact the United States, Herendeen said, “As younger generations grow up in a world where same sex marriage has always been legal, they will look back and be surprised that gay people were ever discriminated against in the first place.”  She has hopes that this will increase open-minded attitudes and an acceptance of diversity.

Recently, the news has been overrun with opinions on Kim Davis, the Kentucky County Clerk who has refused to issue marriage licenses to same sex couples for religious beliefs even though it is now legal in all 50 states.  Davis was recently released, but is has been barred from banning licenses in the future.

Sylvia Russell, GSA president, said,  “I have been closely following the ongoing struggle for marriage rights since I became a part of our GSA and realized how important equal rights were.”  Russell said, “I was at the beach with a friend when I saw the first post on Facebook. At first, I only saw a single status, so I  figured it was just a hoax. But pretty soon, my whole feed was decorated with excited pictures and posts from allies and other members of the LGBT community.”  Russell believes that this has already made an impact on Big Spring and the surrounding community.  A friend of hers married his longtime partner after 20 years together in July. He’s not the only one.  Russell said, “I’ve seen multiple local same sex weddings happen since the SCOTUS ruling.”

Another member of GSA, Baylee Hartman, said, “ I was really excited and joyful when I  heard about it.” Hartman  had been hoping it would go through up until that point. She said “It should not have much impact on the United States, but it will. There is of course the fact that now marriage and unity is open to more people in different kinds of relationships and that there’s more variety in couples beyond a man and a women.” Hartman also said “ I felt like conservatives and people with opposing ideals may raise a little bit of conflict towards the ruling.