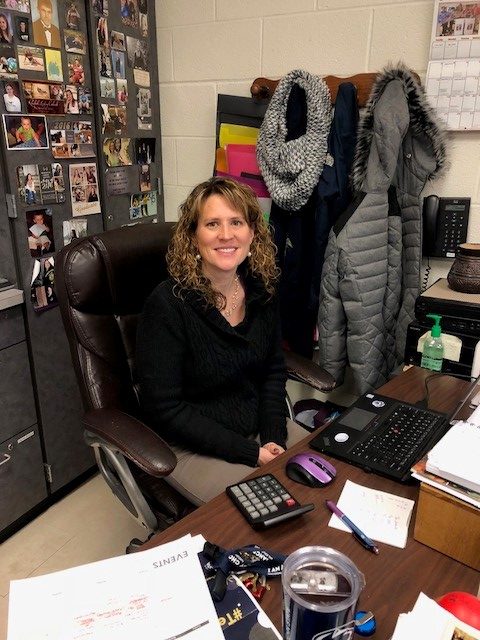 Recently, Sarabeth Fulton, agriculture teacher at Big Spring High School received a, what she calls, “memorable” award. The award is called the “National Agriscience Teacher of the Year Award.” This award is sponsored by Herman and Bobbie Wilson as a special project of the National FFA Foundation.

The NATYA recognizes teachers who have inspired and enlightened their students through engaging and interactive lessons in the science of agriculture.

There were only six individuals nationwide who received the NATYA. The award was presented on Dec 7 at the 2017 National Association of Agricultural Educators annual convention in Nashville. Each of the six winners were also presented at the NAAE.

“I was very excited and honored to receive this award.” Fulton said.

Her students also agree with the choice by the NAAE. “She is extremely deserving of this award, more than any Ag teacher I know.” said Becky Webster, senior in FFA.

“Over the last thirteen years, Ms. Fulton has displayed many of the skills that will ensure her success as a leading agricultural educator long into the future,” said Richard W. Fry, superintendent of the high school.

During her tenure, Fulton has been active in many professional associations, which have provided opportunities to develop as an educator. In 2013, she also participated in NAAE’s XLR8 program, a year-long company dedicated to helping mid-career agriculture teachers find balance and fulfillment in the last half of their careers.

Fulton was very deserving of this award, many people said, and very many students are excited to see how her career extends into the future.